Silence No More Act: Who does it protect? 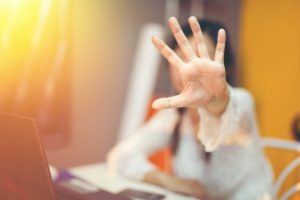 Knowing about current employment legislation can help you navigate your career and know the areas where you have protection. The Silenced No More Act is something that will go in effect in California in early 2022, and it’s something all tech industry workers should know about. These are some of the details about the act.

What Is the Silenced No More Act?

The Silenced No More Act is a new Long Beach CA employment law that expands the concepts presented in the Me Too Act and the Stand Together Against Non-Disclosures Act. Those two acts protected whistleblowers from retaliation and backlash because of their bravery in speaking out against sexual harassment in the workplace. The Silenced No More Act protects those who speak out against other types of abuse such as racism, age discrimination, religious bias, sexual identity, and the like. Senator Connie Levya initiated the act in an attempt to make the battlegrounds fair for other people who no longer wish to stay silent about such wrongdoings.

Who does It protect?

The act protects workers who speak out against various forms of abuse and discrimination, even if they’ve signed non-disclosure agreements. Right now, the legislation is limited to workers in the tech industry in the state of California. However, the governmental administrators hope to be able to expand it to additional states in the future.

Why Was It Created?

The legislation was created to encourage people going through discrimination and abuse not to silence themselves. By not staying silent, whistleblowers can put an end to such acts within a corporation. Existing acts were already available to cover people in the realm of sexual harassment. However, there are no lines drawn in other areas that needed attention. This act gives attention where attention is overdue. Someone thought to create it after a worker accused a prominent tech company of racial discrimination. Workers in California needed an additional layer of protection for that situation and similar circumstances.

What if You Have an NDA?

The goal is to give a person who has something to say leeway for protection from a Long Beach workplace attorney. The act states that the employer cannot retaliate against a worker, even if an NDA is in place. Thus, victims of workplace harassment no longer have to fear the consequences that they had to fear years ago. They can now seek the assistance of reliable Long Beach workplace lawyers who will fight to maintain their rights to have a voice and use it.

An employment law lawyer in Long Beach is well versed in the previous legislation as well as the upcoming changes. If you are an individual who has employment in the tech industry and has seen wrongdoing, you no longer need to be afraid to speak about it. You can count on a full-blown investigation launch with justice enacted where it’s necessary. You can then consult with an employment law attorney in Long Beach if you feel that you are being treated unfairly because you’ve blown the whistle.

An employer may use many tactics to retaliate against you. Job termination is an example of blatant retaliation for whistleblowing activities. Other examples include unfavorable job reassignment, hostile work environment, job sabotage, and the like. You’ll feel like you’re getting pushback, and it might affect your emotional and mental state. It may even cause you to want to leave your job. Before you do that, you can reach out to a Long Beach CA employment lawyer and have a talk with the provider about your options.

What Long Beach Workplace Attorneys Can Do for You

You need not worry if you feel that your employer is singling you out for speaking up about abuse and discrimination. Your first step should entail contacting a reputable Long Beach CA employment lawyer like Neal-Lopez Law Group. An attorney can review the case and provide you with protection if you’ve lost your job. In some cases, you could collect compensation for the harm that has come to you from your current employer. Take the first advancement and reach out by telephone or short form to arrange a consultation. You’ll know by the end of the consultation whether you are eligible for protection under Long Beach CA employment law.